When a friend of mine asked me to design and build the sets for his musical production, I was tasked with doing so on a small budget, with pieces that would fit on a stage with little wing space and no backstage space. The script called for a farmhouse, and a barnyard scene. While I designed the farmhouse in an abstract way, I painted it with intentional shadowing and aging to save time and budget on actual clapboards. Although the script did not call for the Claremore station and locomotive, I decided I was up for the challenge. The "wow" factor was there, especially when the locomotive slowly rolled on stage and billowed smoke from its stack with the use of a smoke machine. Finally for the cottage scene, I had very little space to work with. The result was a cottage that was made of painted plywood flats and trees that I made out of canvas. Both pieces were painted with heavy shading to again give them a three dimensional look. 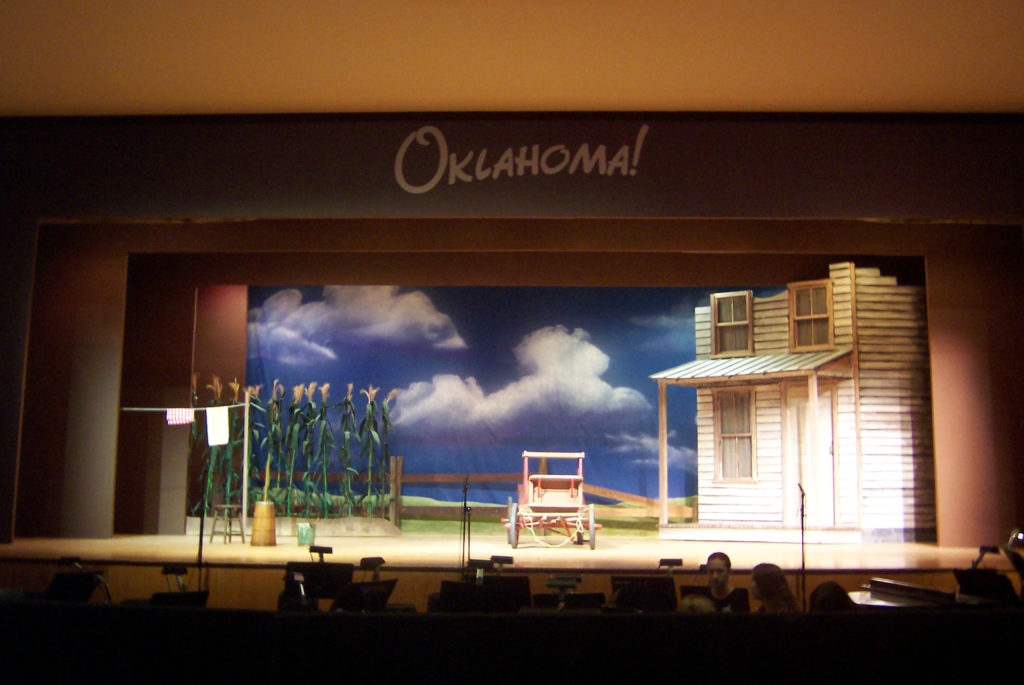 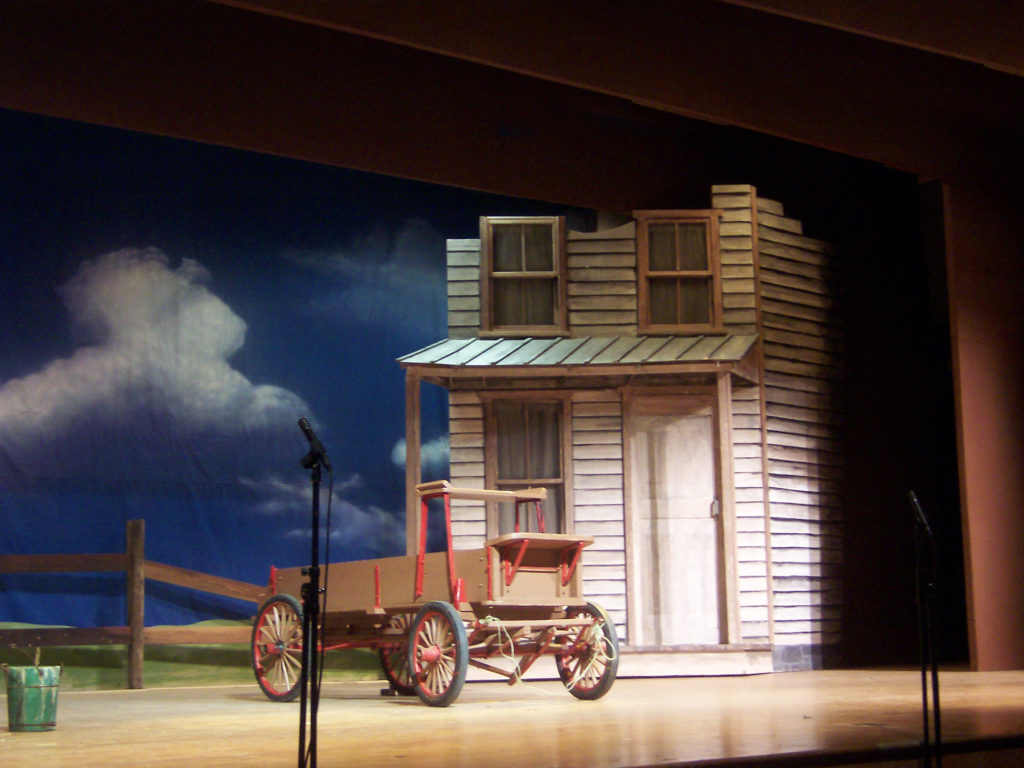 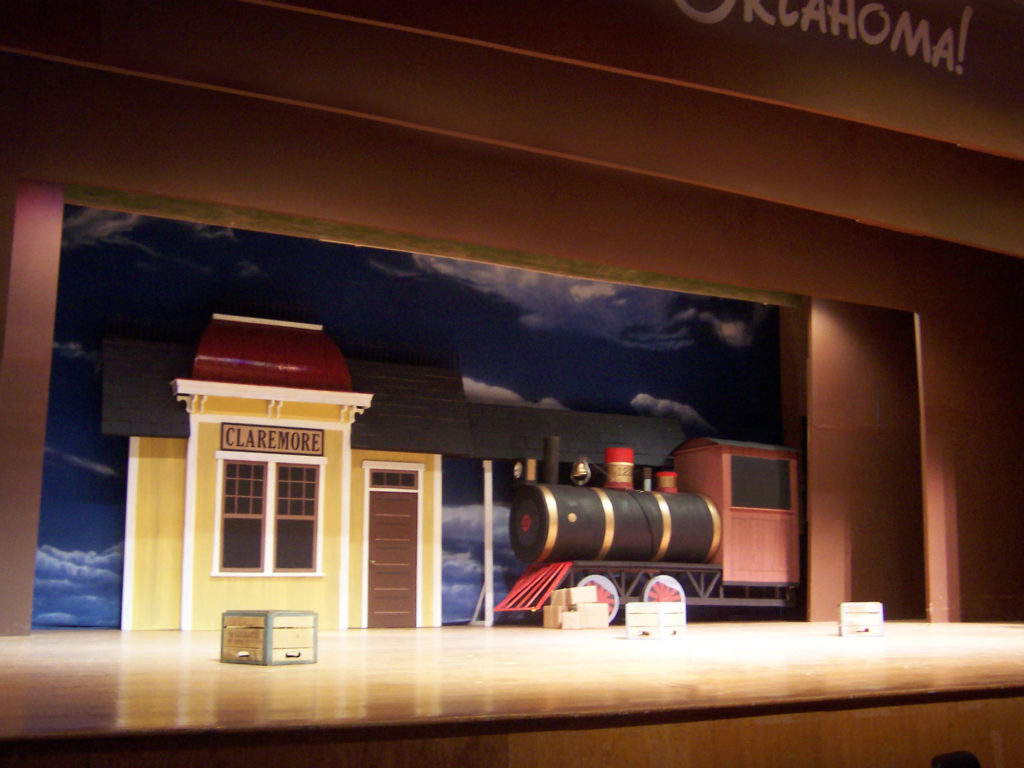 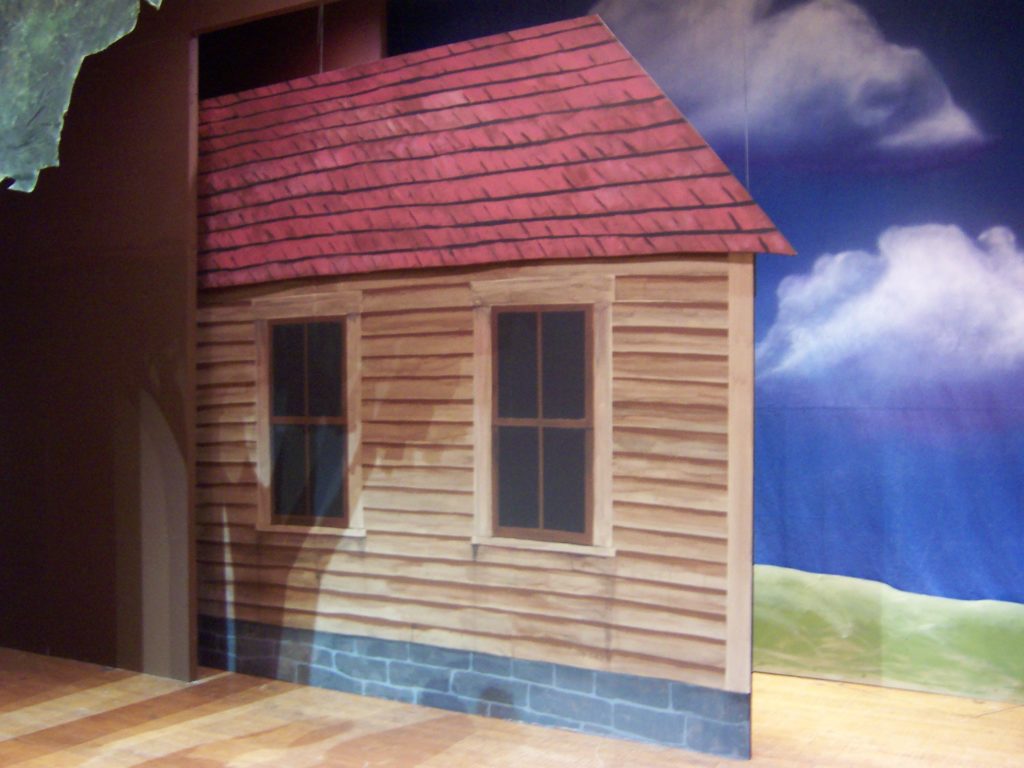